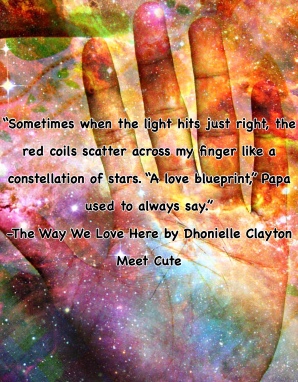 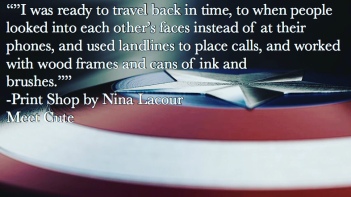 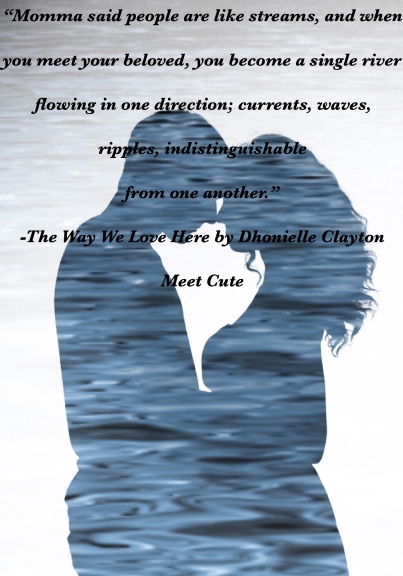 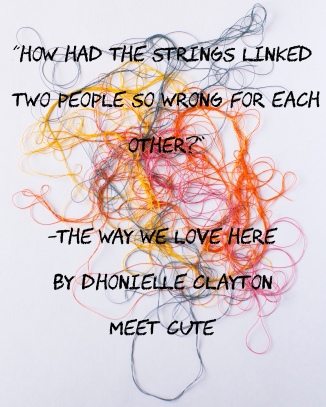 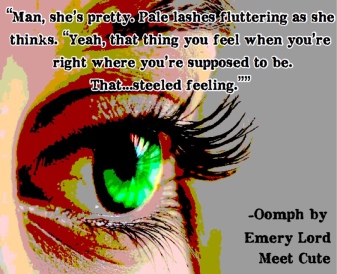 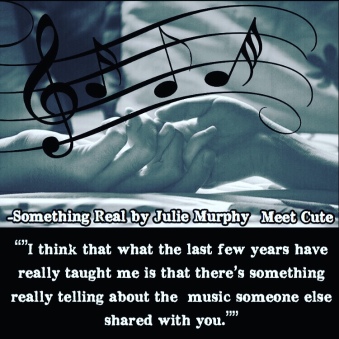 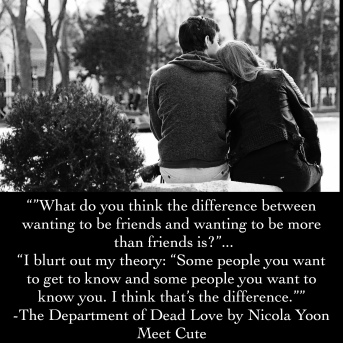 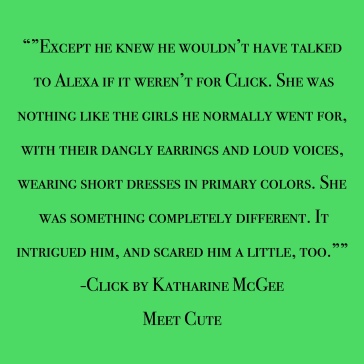 “You’ve been thinking that a lot lately, all the teeny tiny choices that can change your entire life.”

“You imagine it, staring up at the sky with nobody else around, like if you weren’t careful you could fly right off the face of the earth and never be heard from again.”

“Wolf puts both his hands on your face. You want to stay like this forever even though you know it’s impossible, that it’s just a weird stopover…”

“Your heart is a siren wailing deep inside your chest.”

“… Plus, I wanted to learn how to make that kind of magic. Ink and metal and screens and paper. I wanted something to do with my hands.”

“The red lights were brighter than ever. The sky was dark and the trees rose tall around me. I could hear my own breath. I was aware of everything…”

“The first snow. That has always been Claire’s favorite day of the year. It’s when the world feels full of magic, when anything seems possible, Claire used to say, with an infectious smile.”

“Raden’s eyes were very warm and very serious. “No one wants to hang art like that anymore. All they want are little square-shaped selfies they can post online.”

“It was as if she were feeling everything for the first time: the way she’d felt after her first kiss, or after she’d built her first working computer program. As if the entire world was raw and new and bursting with possibility.”

The Intern by Sara Shepard

“Phineas’s eyes flicked back and forth, as if he was slowly processing every inch of the moment: the smell of the sewer, the sound of the traffic, the glinting crystal collar on the dog passing by. Then he tipped his mouth to my ear…”

“I closed my eyes, my heart thudding so hard it was making me tremble, and I felt him pull me closer, closer until we were stuck together, until we were melded into one.”

“”It’s like trying to figure out a painting. Maybe you have a little context – the year it was painted, or maybe you’ve seen the artist’s other work before. But you’re largely inferring. It’s just paying attention to detail and an educated guess. Why this angle? What was going on in the artist’s life? Sometimes, I think, knowing that for sure takes the fun out of it. I like to speculate.”

“So why, sitting here with her, do I want to empty my pockets and show her everything I own? Every flaw, every quirk. The full coins and fun wrappers, every trivial and unglamorous part of who I am.”

The Dictionary of You and Me by Jennifer L. Armentrout

“As soon as I pushed open the main lobby door, the musty scent of books hit me… I loved that smell.”

“I crossed the main floor, passing the reference section that saw about the same amount of action as I did. Boyfriendless since the end of last summer, I was officially giving up on the whole dating thing.”

The Unlikely Likelihood of Falling in Love by Jocelyn Davies

“Something that never would have happened if the constellation of minuscule events in my life hadn’t aligned perfectly to deliver me to this exact moment.”

“And here is the sad thing about the subway, the one true, sad thing: just as suddenly as someone comes into your life, they are gone. The same constellation of minuscule events that aligned to bring me here are shifting, unraveling, pulling farther and farther away comes into the cosmos.”

“The idea that you have to meet someone in an adorable way in order for it to be meaningful is nonsensical. “

“People passed each other all the time in New York. Lives intersected and then diverged and went on their way. Once in a blue moon, maybe, an encounter would leave a person’s life changes. But most of the time it didn’t.”

“There were mysteries yet to be solved. And this was one of them. The day out stories finally led us to meet face-to-face was the day nothing at all went according to plan. The day we met was an anomaly. “

“”I inhaled the sweet, sweet scent of aged paper, glue, and library dust. I didn’t huff the book itself. That would be amazing, though. Imagine stories going straight to your brain!””

“”It’s Modern English. What? Don’t you like eighties music?”

“That’s probably because you haven’t listened to enough,” she says…”

“”That moment when the band you’ve been waiting for all night comes onto the stage, and their opening chords release something inside of you.” She sighs. “I don’t there’s a better feeling in the world. When the bass kicks in, and you can’t tell if it’s coming from the speakers or your own heart. And you know everyone else feels the same way, and you’re all connected by the music.””

Say Everything by Huntley Fitzpatrick

“… God, this was the reason you don’t date. You need a translator, and you can’t afford one. “

“You search his face, almost squinting to see past his color-changing eyes to what might not be changeable about him. To look beyond the looks.”

“What you get to keep is the friendship – and someday more – of that boy whose life unexpectedly collided with yours, who made it a resolution to right a wrong, whatever way he could.”

The Department of Dead Love by Nicola Yoon

Whether or not you believe in fate, or luck, or love at first sight, every romance has to start somewhere. MEET CUTE is an anthology of original short stories featuring tales of “how they first met” from some of today’s most popular YA authors.

My goodness!! I absolutely LOVE anthology books! I like the fact that anthology books gives you a little snippet of different authors and their stories. In this anthology, I was able to enjoy another great story by Jennifer L. Armentrout, be introduced to Emery Lord and Nicola Yoon, whom I have two books of and many of the other authors in this book.

Many of these stories showed you how people meet and gave you just enough to enjoy their story. I liked the stories that allowed you to be a part of the characters lives in the beginning and of where they may be headed. There were some stories that mainly focused on one character and then suddenly meet who they were meant to meet and then the story just. Ends! I don’t usually mind cliffhangers, but I get more out of a story by reading the interactions between multiple characters than just the one.

Even though this book is definitely for the imagination, these stories were wonderful to read, even the ones that may not have had a happy ending.

I really enjoyed how each story was different from the next. I would highly recommend this book to those who are big fans of rom coms or those who love anthology books. However, if you are not a fan of rom coms, then maybe don’t read this book, because it would most likely cause you to roll your eyes… a lot

One thought on “Review of Meet Cute by Various authors” 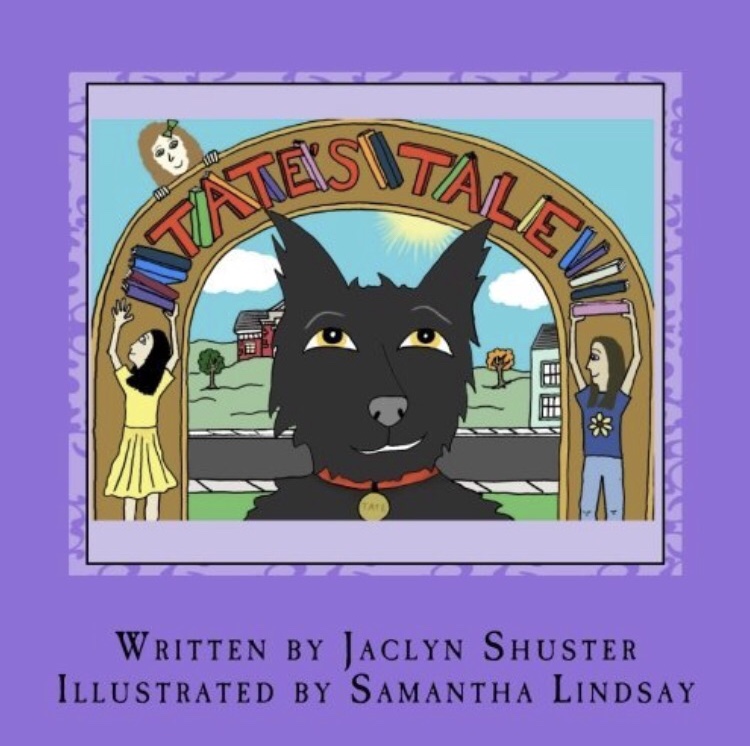 Follow Living in a World of Book Quotes on WordPress.com

And everything in between!

Of reading, writing, and life in all its flaws.